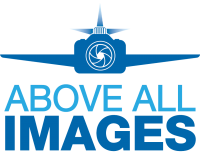 Scene 1 /Take 1  – This was the view from the helicopter as we filmed our first big screen aerial video!

It’s not everyday that we are contacted by a film studio and asked if we can provide aerial video over London, well when I say over London I mean right down amongst all the towers in Central London.

The brief was to provide a video sequence right between the towers that followed a pre-planned track. The video needed to be 4K and had to be stabilised, but that was the least of our problems. The main issue was to gain permission to fly this low between the towers and that has taken months of paperwork and ‘off-site’ single engine performance tests on the helicopter, but finally the signed approval arrived and we went onto phase two, the planning of the aerial video. Weight restrictions meant only the pilot and Ian were in the helicopter. Pressure mounted as the shots had to be taken at an exact time (so the shadows matched the CGI work being done) and the weather needed to be perfect. The flight took off and all the camera gear behaved and we arrived on scene a few minutes early and started to visually visit the waypoints along the track, passing the Shard lower than the observation deck was fun, people were looking down to us! Then the business of the day, we started ‘Take 1’ and got it done in a single run with a perfect follow of the track. Once that was done, a second run was done with the alternative scripted view.

The video has been passed to the film company who report that ‘it’s bang on!’ – hopefully that’s good? The video will be incorporated into a motion picture together with the CGI work (done by a different company) and will appear on a movie screen near you in the not too distant future. And no, we can’t give you the name of the film because, one, we only had the ‘working title’ and second we signed a very strict confidentiality contract. Lots of fun to do and very satisfying to get such a great result!